By The Recycler Magazine 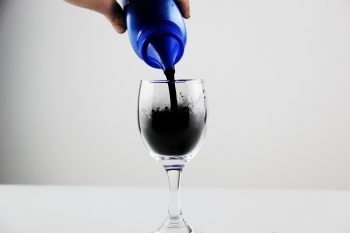 A group of researchers have revealed that they have found a way to transform the residual powder left behind in empty toner cartridges into iron.

According to the American Chemical Society, there is a possibility that in the future “left-over toner in discarded printer cartridges could have a second life as bridge or building components instead of as trash”. This revelation comes as a group of researchers reveals that they have devised a method of turning toner residue into iron, “using temperatures that are compatible with existing industrial processes.”

ETIRA, the European Toner and Inkjet Remanufacturers Association, states that “500 million cartridges out of the estimated 1.1 billion sold each year end up in landfills around the world.” These supposedly empty cartridges “can contain up to 8 percent of unused residual powder by weight and could leach compounds into the soil and underground water sources.”

Wanting to find a way to reuse this waste substance, researchers have formerly managed to transform the powder “into oils, gases and even an ingredient in asphalt”. But now, a new team consisting of Vaibhav Gaikwad and his colleagues has developed a way of pulling iron out of left-over toner.

To do this they “put the toner powder in a furnace, heating it to 1, 550°C”, which “converted the inherent iron oxide to a product that was 98 percent pure iron using the polymer resins within the toner powder as a source of carbon.”

According to the team, “this method would be ideal for industrial applications because iron and steel are typically made at this temperature”, and because the temperature is so high, the heating process “prevents toxic side products from forming, providing an environmentally friendly way to recycle residual toner.”

The authors of the study, published in ACS Sustainable Chemstry & Engineering, acknowledge funding from the Australian Research Council’s Industrial Transformation Research Hub. Vaibhav Gaikwad acknowledges the funding for the New Generation Network fellowship from the University of New South Wales Sydney and the Australia India Institute.